Understanding fluctuations, levodopa and their relation

Everybody hopes that a cure for Parkinson’s disease will be found as soon as possible, but in the meantime, people with Parkinson’s disease require some other strategies in order to get the best out of life. Effective treatment for Parkinson's is mainly based on counterbalancing the shortage of dopamine in the brain. Levodopa is the most effective, cheapest and easiest way to improve Parkinson's disease, but it only works for a few hours. So it requires multiple doses a day. The complementary doses fit together like the pieces of a jigsaw puzzle.

The relationship between fluctuations and levodopa can be examined using the following figure. 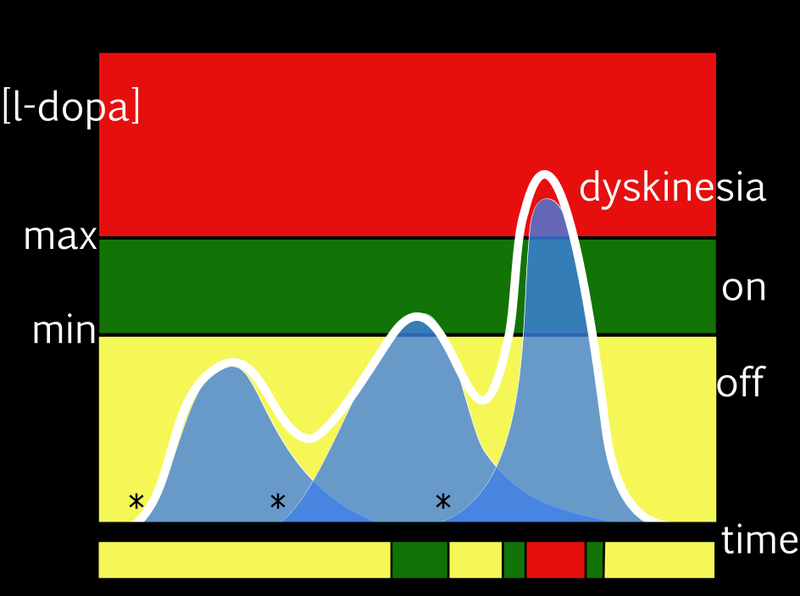 The diagram shows an example of a single day for one person. The white line shows the amount of levodopa in the blood between 7am and 11pm. The level of levodopa will determine the clinical response. Ideally, the white line should stay in the green area as much as possible.

The white line is the result (the sum total) of three blue curves. As each blue curve represents the absorption and excretion of a single dose of levodopa, the diagram shows that three doses of levodopa were taken. The three doses have been marked using *. Ideally, the white line should stay in the green area as much as possible.

As the diagram shows, the first dose of levodopa was too low, therefore it had no clinical effect. The second dose put the white line briefly in the green area. The period of time whilst the white line is in the green area will be experienced as significantly better than when the white line remains in the yellow area. The third dose of levodopa is too high, and puts the white line in the red area. This means that there will be too much movement, which is called dyskinesias.
The problems which result from the fluctuating medicine levels are common: many people with Parkinson’s disease have ‘fluctuations’, i.e. fluctuating levels of medicine in their body which lead to good and bad hours. 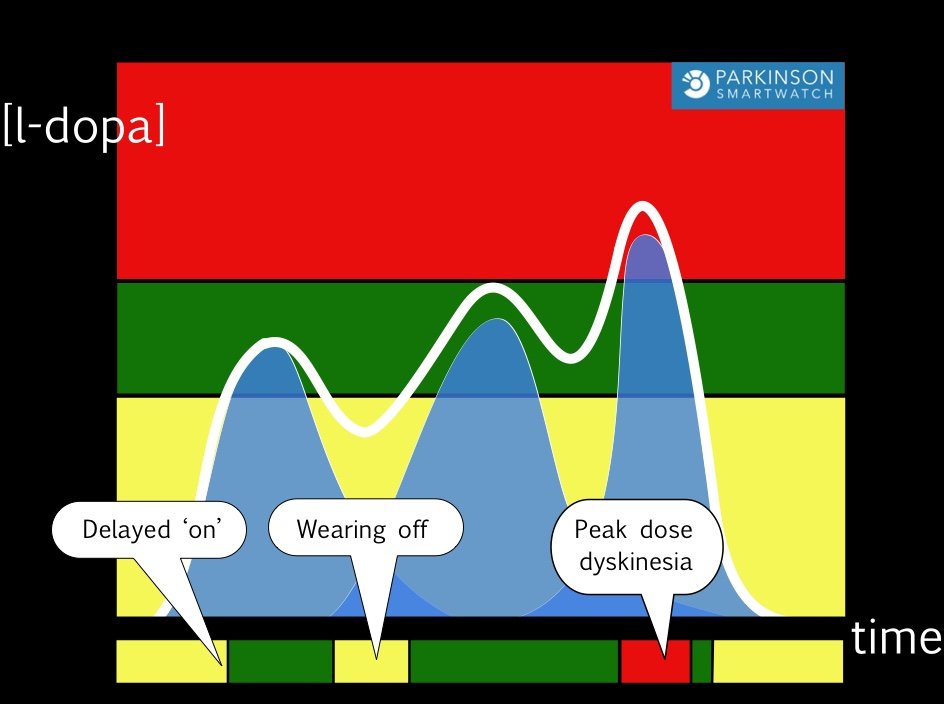